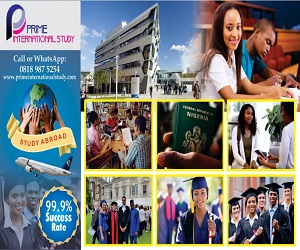 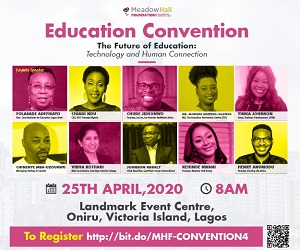 COVID 19 - We Will Rise Above This Like We Always Do!

The Nigeria Democratic Institute (NDI) is a nonpartisan, non-governmental organization that responds to the worldwide quest for popular civic participation, open and competitive political systems, and representative and accountable government. Since its founding in 1983, NDI and its local partners have worked to establish and strengthen democratic institutions and practices by building political and civic organizations, safeguarding elections and promoting citizen participation, openness and accountability in government.

Purpose Background
The Nigeria Democratic Institute (NDI) has a track record of building a sustained momentum towards non-violent and peaceful electoral processes in Nigeria. Through the Vote Not Fight: Election No Be War (VNF) campaign, NDI has promoted peaceful elections in the country beginning with the 2015 presidential elections. NDI has supported a broad spectrum of youth targeted outreach and organizing initiatives under the Vote Not Fight program during the 2015 elections and off-circle governorship elections in Kogi, Bayelsa, Edo, Ondo, Anambra and Ekiti state.

The campaign has also tried to reach the nooks and crannies of the locations where elections are conducted through rallies, town-hall meetings, radio jingles, media interviews, outreaches to markets and religious institutions and meetings with leading candidates, among others. These strategies were also implemented during the November 16,2019 governorship elections in Bayelsa and Kogi states.

In Bayelsa, NDI worked with and through FACE Initiative, while in Kogi it worked with and through the Participation Initiative for Behavioural Change in Development (PIBCID). The day-to-day campaign implementation was led by the partners through a network of youth and CSO leaders in both states, 31 Coordinators across the 8 Local Government Areas (LGAs) in Bayelsa and 21 LGAs in Kogi and 344 Volunteers across the political wards. Our partners formed state-wide youth-led networks for fostering capacity and voter education through youth-to-youth connections and neighborhood-to-neighborhood outreach campaigns on the VNF platform.

The VNF campaign processes were facilitated through advocacy, sensitization, mobilization, voter education and peace messaging on diverse platforms -retreat, town hall meetings, musical concert and street rallies. Following the conclusion of the election, NDI is seeking to further understand the correlation between the Vote Not Fight campaign and the outcome of the elections in Bayelsa and Kogi States. NDI is thus seeking the services of Consultants to facilitate a retrospective study. NDI implements the Vote Not Fight program with support from USAID.

The successful candidate/consultant(s) will have dual responsibility of ensuring the retrospective study achieves its intended objectives and of collecting, collating and analyzing qualitative data on perceptions of electoral stakeholders on the concluded gubernatorial elections in Bayelsa and Kogi States. S/he will: Deliverables
At the end of the assignment, the consultant/facilitator is expected to submit to NDI the following deliverables: Qualifications and experience Application Closing Date
4th December, 2019.

Method of Application
Interested and qualified candidates should send their CV and Cover Letter to: [email protected] with "M&E Consultant" as the subject of the emai.