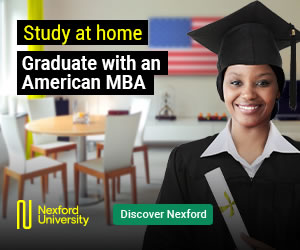 Candidates should check their names to see if they were shortlisted, under the Job category which they applied and wrote the online aptitude test as indicated below:

How would someone who score 76% does not qualify? Dis faan mgt are thieves, dey pic who dem know for d job.

Did the screen hold, i thought they said the screening had been extended and new date would be communicated to the applicant due to large number people who applied on the website. How come they have released the names of candidates who passed the screening. NA WAH FOR THIS FAAN

i wasnt even sent any msg concerning the online test and my registration was successful.

Goodluck jonathan, ur govt breed corruption. Am frm bayelsa, bt i hate u. U re a fake president. We nid change. Sai buhari.

Goodluck jonathan, ur govt breed corruption. Am frm bayelsa, bt i hate u. U re a fake president. We nid change. Sai buhari.

I received my unique no & password but the aptitude test page did not open,i tried it time without number.Does it mean FAAN sent fake number to me,why.......?

FAAN is a dream organisation that everybody would like to work for. Raining curses on them would not change the process but worsen the matter. If I tell you I receive every login details, what would you do. Lets try and conduct ourselves in a public forum. At least they ask you to come for the physical fitness and others.

good day are to expect another list or is that all

FAAN am kinda dissappointed in this your recruitment exercise sham.You can't just ask people to come out with their time and money to loggin through any cafe for the apptitude test after passing the so called 50% pass score which one will see after his/her exam, thereafter he/she is not shortlisted for the interview. What was the indices your organisation used for the shortlisting? Why declare a pass score of minimum 50% and a person scores above the 50% and he or she is not called upon? its really sad that we still have this syndrome of 'I must know someone in there before i must scale through this one'. Things can't go on well if we continue this way.Does it mean one can't pass through merit? Kindly update one if one is not qualified than inviting someone to an exam and he/she knows he passed the exam since its system base and automatically gives a result that shows status 'pass' and stop this backyard business. It derogates the reputation of the organisation. Thank you!!

Kay,you have spoken well and also my mind,but i have taken it the way i takes nigerian matter,
i scored above the passed mark and saw passed congratulations,you will be noticed on the next process,but i was not communicated,but it appeared that many people scored high and they now retake the mean score and invite people that fall in,eg in a state where applicant did well,it calls for competition,som1 that scored 50 or 52 is at risk,as well with people from man no man,
to people that didnt recieve unique username for test,dont get it wrong,ur details,qualifications & experience were examined and reviewed and u may not be suitable for invitation with their parameters,in the labour market,not everybody that applies for a job would be invited,let keep praying and believ God,whatever that is our own wont pas us by,amen,LET TRY AND APPLY WISDOM,

very bad i applied on line an i have not been send any message, Nigeria were are we going every where is ful of coruption.

this is another reason y jonathan must lose this coming election

Faan should come out and tell us how they selected those that qualified for the fitness test when there are people that passed their pass mark. The should inform the public

It is quite abysmal and absurd that a supposedly noble governmental institution like FAAN could betray the trust reposed on it. I applied for the job, and the username and password for accessing the online aptitude test were given to me but I was totally denied access to participate in the test. Why FAAN why? By this single action you have reduced further the confidence and trust of Nigerian youths on the government. It's a gross misconduct and partiality.

I WAS NOT SHORTLISTED, I WANT TO KNOW WHY.

We hv pass for the faan aptitude test but still we ar not been called for an interview and physical fitness why pls do something i hv wrote almost 3 aptitude test but hv never call for the interview though i dont know anyone but wit GOD everything is possible my pass mark is 52%.07035960964

i applied bt i wz not sent any mesg 4 d intervien.is it a secret employent or are we in d samd country,why are we sentimental ,inshort d interview shud be cancel and reconducted plz. 08071631637

Too bad, after making us spend our money and time? I even scored 75% yet I was not selected. let God judge you people

FAAN, you have done a great job, at least you conduct first of its kind in Nigeria. Pls I scored 67% and my name is not among successful candidate you shortlisted. Is there any hope on you? Is there supplementary List? Or second list? Is it batch by batch or what? It will be better if you let us know our stand. To me I think you should 've invited all of us that pass the test since that is ur word then maybe u. Conduct another test again, in fact you know ur portal status for the test and the stress we went through, do you pray for your generations to witness this, after seeing a pass Mark 67% and telling me am not successful. You 're suppose to Conduct a second test for those that pass it would 've been better, I believe God has a better plan

the exercise is still going on am done with my physical fitness. it remains finall oral interview

Well, i score 67% on d txt, but did not hard 4 any interview, only for me to hv seing d succesfull candidate. Wish dem success.

faan have rily try in this recruitment,if u hv not been selected pls b patien d cnt select all nw

I really did not receive any message please

i was successful at the exercise. i know no one in faan. i paid no kobo to anyone. well for me i see the exercise as free and fair.

I passed all the interviews and was shortlisted for the Jo proper. I do not know anybody at all. Even the person who told me about faan and knows some people did not get shortlisted. I think the processes are the best of all the FG recruitment agencies which many of us too can attest to. It may interest you to know that this is my first experience of any govt recruitment and I passed. I only want to advise us that it is the Lord's doing. If God purposes us to get employment from FAAN it shall be. Let's stop abusing people but live all things in the hands of God. God bless Nigeria in Jesus name.